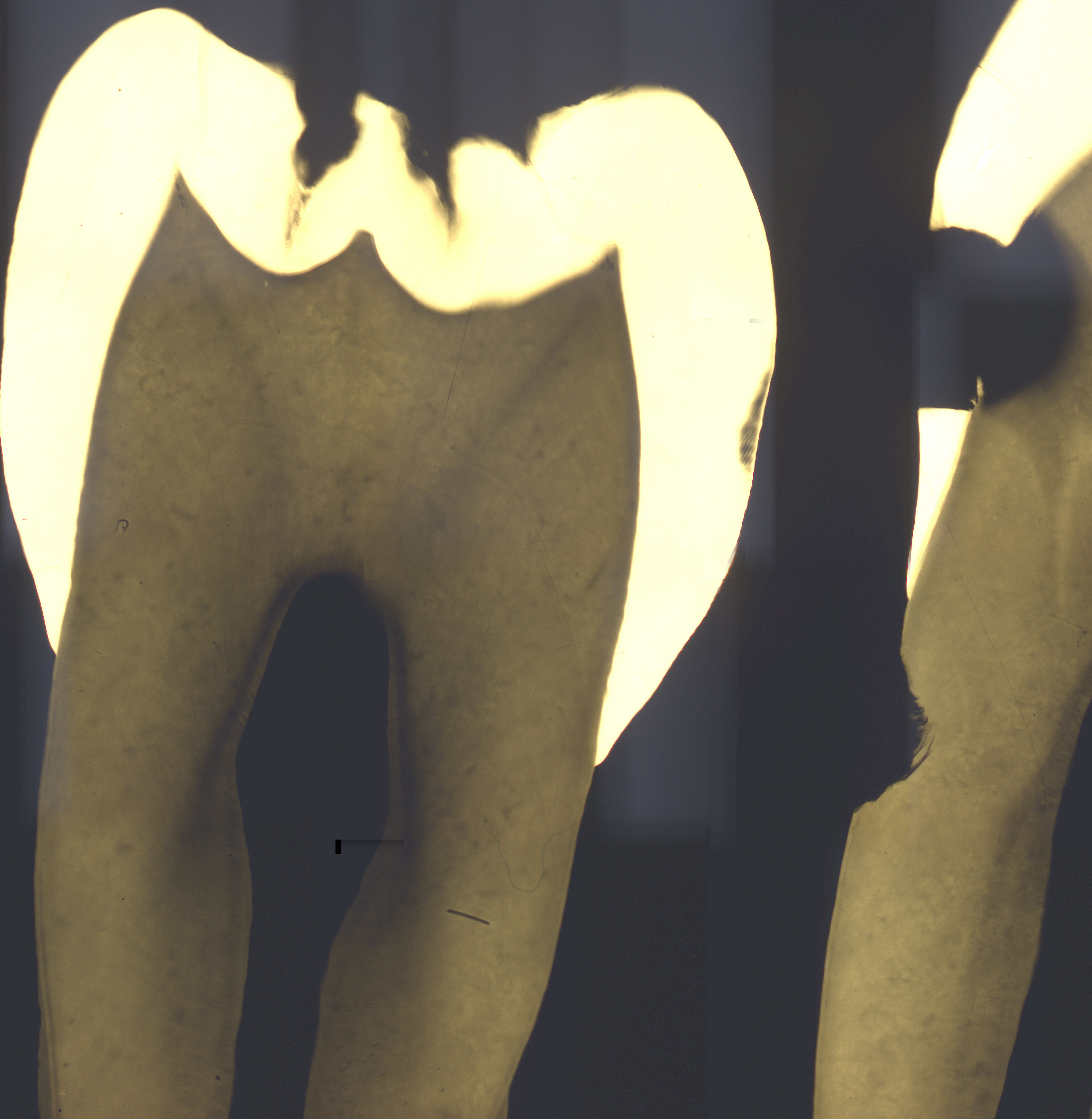 This is a microradiogram showing two premolars. A microradiogram is actually an x-ray. You have to remember that an x-ray is a negative picture. It means that the lighter the area on the x-ray, the more minerals are contained in the tissue depicted.

The premolar to the left shows the extent of the enamel. A white spot, or subsurface carious lesion is seen below its right surface. It is called a subsurface- or white spot lesion because it looks macroscopically as a white spot in the enamel and the demineralization has taken place under the surface layer. Because of the lower mineral content, the x-rays penetrate this area more easily, and it turns out darker than the rest of the enamel.

The premolar to the right has a large cavity that stretches through the enamel and into the dentine. The dentine is fully mineralized except for the a lighter and darker zone around the pulp.

For further study of microradiograms of teeth, there are two cross sections available, one focusing on the junction between the pulp and the dentine, the other at the dentino-enamel junction.